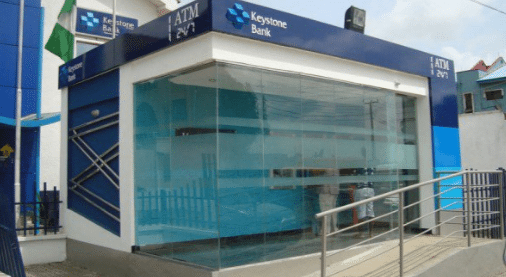 The spate of denials by banks and government institutions linked with the alleged concealment of $793.3 million that should have been transferred to the Federal Government’s Treasury Single Account, TSA, at the Central Bank of Nigeria, CBN, continued on Saturday.

The latest came from Keystone Bank Limited, which denied ever having in its custody any illegally hidden money belonging to the Federal Government or any of its agencies.

“We wish to state that Keystone Bank has never illegally hidden any amount of money belonging to the Federal Government or any of its agencies,” the bank said in a statement on Saturday.

The Federal Government had accused the banks of colluding with some of its agencies, including the National Investments Management Services, NAPIMS, a subsidiary of the Nigerian National Petroleum Corporation, NNPC, to conceal the accounts.

Consequently, the court order directed the seven banks to remit the amounts in their custody to the designated Federal Government’s Asset Recovery dollars account with the CBN.

But, since then, the NNPC denied not only concealing the controversial accounts, but also the total amounts involved.

Apart from its agency having a total of about $231.8 million (not $793.2million), Ndu Ughamadu, NNPC’s Group General Manager, Group Public Affairs Division, said the accounts were in three banks, and not seven.

The NNPC also denied colluding to conceal the accounts, as it had already taken steps to inform all the relevant government agencies, namely the Presidency, Office of the Accountant General of the Federation, AGF and the CBN of the existence of the accounts.

Also Skye Bank in a statement said on Friday that the $41 million in its custody was never illegally concealed, but was with full knowledge of the relevant authorities, namely the CBN, SSS, National Assembly and the Inspector General of Police’s Special Investigation Panel.

“The management of Skye Bank hereby states that it neither colluded nor unilaterally hid the reported sum or any other funds in its custody,” it’s spokesperson, Nduneche Ezurike, said in the statement.

“On the contrary, the said funds are held with the full knowledge of the relevant agencies of government, with whom we have engaged extensively over same,” he explained.

KLT CUSTOMS HANDOVER FAKE ‘MADE IN NIGERIA’ CABLES  TO SON