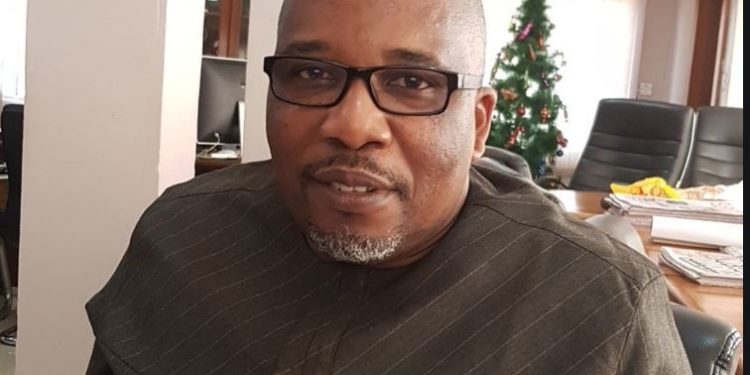 The Managing Director/Editor-in-Chief of The Sun Newspaper, Mr. Eric Osagie, has resigned his appointment.

He resigned following expiration of his four-year term.

A statement by the Newspaper’s management on Thursday approved Mr. Onuoha Ukeh as his replacement.

The statement explained: “Ukeh, currently the Editor, Daily Sun, takes over from Mr. Eric Osagie, whose letter of resignation coincided with the expiration of his four year tenure as Managing Director/Editor-in-chief and nine years in the Executive Directorate of the company.

“The appointments take effect from today.

“The Board thanked Mr. Osagie for his immense contributions to the growth of The Sun in the last four years as chief executive officer, and assured him that his place in the history of The Sun’s evolution is assured.

“Under Osagie’s tenure, the company witnessed phenomenal growth as Salaries and emoluments were promptly paid, even under harsh economic climate.

“His tenure also saw to the relocation of the editorial and business departments, to a brand new city office in Ikeja”

In his resignation letter, Osagie said he was leaving The Sun fulfilled.

According to him: “It is with utmost gratitude to you for the opportunity to serve in the executive management position in the past nine years, four of which was as managing director.

“I am leaving confident the company will continue to wax stronger, growing from strength to strength.

“Even as I bow out, I want to believe I will continue to be a member of The Sun family.

“I will continue to contribute my quota to the growth of this exceptional and vibrant brand.”