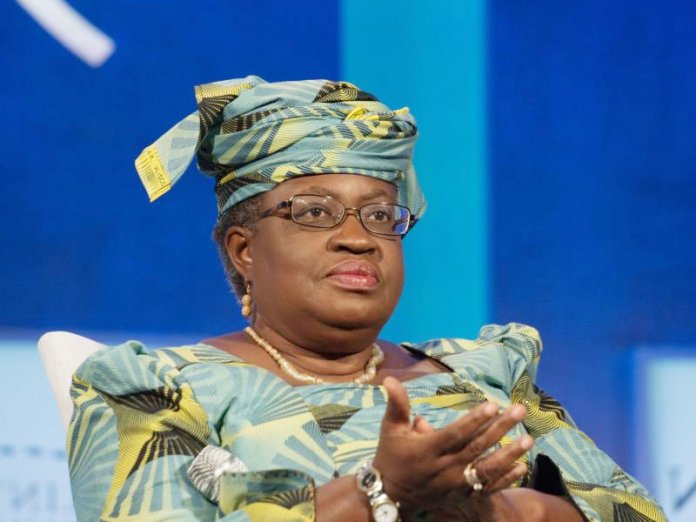 But for the United States’ lone opposition, Nigeria’s candidate for the Director-General of the World Trade Organisation (WTO), Dr. Ngozi Okonjo-Iweala, would have been declared the winner of the race yesterday.

Despite securing the vote of 163 of the 164 members of the trade organisation, the former coordinating minister for the economy and minister of finance of Nigeria could not be declared the head of the WTO because of the objection by the US, which cited lack of experience and procedural issues for its stance.

By the organisation’s selection rules, its DG has to emerge by consensus.

But the majority, according to sources close to the process, may assert its will at the general meeting of the organisation scheduled for November 9, using a proviso that allows a vote in the event of failure of consensus.

Ms. Yoo Myung-hee of South Korea, backed by the US, is Okonjo-Iweala’s sole opponent.

Okonjo-Iweala, who has locked in the support of China, the European Union, Africa, Asia, Latin America and the Caribbean member-countries, has the best chance of attaining the consensus of membership of the global trade body, its General Council Chair, Mr. David Walker, said yesterday.

Spokesman for the WTO, Mr. Keith Rockwell, at a media briefing at the end of the meeting of the organisation, said: “The candidate that had the best chance of attaining a consensus of membership is Dr.

Ngozi Okonjo-Iweala of Nigeria. Consultations on the way forward will start immediately.”

The WTO tipped the former coordinating minister for the economy and minister of finance as the better person for the job out of the two candidates vying for the post just as the United States moved to block her emergence.

While consultation continues, the next meeting has now been scheduled for November 9th, where members would be seeking to get a consensus.

This would come after the US presidential election scheduled to be held on Tuesday.

The officials, who pleaded to remain anonymous, stated that members decided to continue with the ongoing process, which is expected to lead to Okonjo-Iweala’s announcement despite the opposition of the United States, which they described as unjustified.

According to the sources, the US objection was anchored on procedural grounds, adding that constituents from across the regions who took the floor stressed that this cannot stand because the process was unanimously agreed on and that it would be wrong to change it midway.

The speakers included representatives of member countries from Africa, Caribbean, Asia, Latin America and other regions reflecting the breadth of her support.

“The WTO member countries insisted that Okonjo-Iweala is the better qualified and properly elected candidate for the position of DG of the WTO,” the source added.
All WTO decisions are taken by a consensus of its 164 members.

Another source who monitored the closed-door meeting, but pleaded to remain anonymous, said: “Ngozi at this stage is the candidate who is most likely to attract a consensus from the WTO membership.

Members have used consensus on every decision in electing a director-general in the history of the WTO.

“In the rules, however, there is a provision that allows for majority vote. But that has never been used before, so we don’t know whether members would want to set a precedent with this DG selection process.

“So, really, anything can happen on November 9th. So, all options are open.”

Section 20 of the WTO Procedures for the Appointment of Director Generals states: “If, after having carried out all the procedures set out above, it has not been possible for the General Council to take a decision by consensus by the deadline provided for the appointment, members should consider the possibility of recourse to a vote as a last resort by a procedure to be determined at that time.

“Recourse to a vote for the appointment of a director-general shall be understood to be an exceptional departure from the customary practice of decision-making by consensus, and shall not establish any precedent for such recourse in respect of any future decisions in the WTO.”

Okonjo-Iweala, 66, an economist and development specialist, had urged the WTO to help poorer countries access COVID-19 drugs and vaccines.

She is a renowned global finance expert, an economist and international development professional with over 30 years of experience, having worked in Asia, Africa, Europe, Latin America, and North America.

She is presently the Chair of the Board of GAVI, the Vaccine Alliance.

Since its creation in 2000, GAVI has immunised over 760 million children across the globe. She also sits on the boards of Standard Chartered Plc and Twitter Inc.

She was recently appointed African Union Special Envoy to mobilise international financial support in the fight against COVID-19, as well as Envoy for the World Health Organisation’s access to COVID-19 Tools Accelerator.

The Managing Director of the International Monetary Fund (IMF), Ms. Kristalina Georgieva, a few months ago appointed Okonjo-Iweala to serve as a member of her newly-established External Advisory Group.

In addition, Okonjo-Iweala served twice as Nigeria’s finance minister, from 2003-2006 and 2011-2015 and briefly as foreign affairs minister in 2006, the first woman to hold both positions.

Okonjo-Iweala spearheaded several World Bank initiatives to assist low-income countries during the 2008-2009 food crises and later in the trying period of the global financial crisis.

On the other hand, Yoo is South Korea’s trade minister. During her 25-year career in government, she helped expand her country’s trade network through bilateral accords with the US, China and the UK.