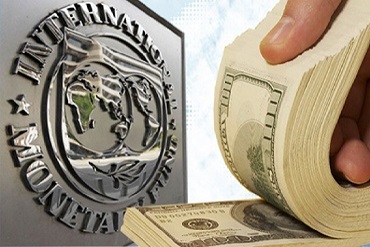 The International Monetary Fund said on Tuesday said that the U.S. dollar was over-valued, and that the value could add to growth risks and trade tensions.
The IMF, in its annual External Sector Report, in Washington saying China’s yuan was in line with fundamentals and nearly half of global excessive current account balances.
The IMF said the U.S. dollar was over-valued because current account surpluses and deficits were becoming increasingly concentrated in advanced economies.
The IMF report was based on exchange rates and current account surpluses and deficits.
The report was also centred on data and IMF staff projections as of June 22.
However, China’s yuan has dropped significantly in recent weeks as trade tensions with the United States have intensified.
China’s yuan hit a fresh 13-month low on Tuesday of 6.8295 to the dollar as authorities in Beijing signaled further monetary loosening to support the economy amid an escalating tariff war with the United States.

U.S. Treasury Secretary Steven Mnuchin told Reuters exclusively on Friday that he was concerned about the yuan’s fall and the Treasury is “going to very carefully review whether they have manipulated the currency.”
The IMF said its staff estimated China’s current account surplus grew slightly last year to 1.7 per cent of gross domestic product and listed China among countries with excessive balances.
Other excessive surplus countries cited by the IMF included Germany, South Korea, the Netherlands, Sweden and Singapore.
Countries that it cited as having excessive current account deficits were those that borrow too much.
U.S. President Donald Trump has broken with protocol in recent days and complained that Federal Reserve interest rate hikes were causing the dollar’s value to rise and to erode the U.S. “competitive edge” in exports.