Kindly Share This Story:
Fideth Okhiria is the Managing Director of the Nigeria Railway Corporation (NRC),he speaks on the prospects and benefits of rail transport on the overall economy. 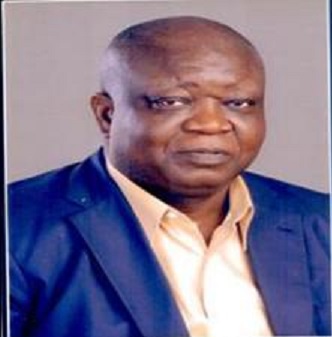 What are your plans towards making rail transport as popular as it used to be in the 60’s?
The rail transport is becoming popular again as more and more people are seeing the massive investment and construction going on daily. I am just wondering how we are going to cope by the time Lagos-Ibadan starts because the route is already popular and waiting for commencement of operation.
How we are going to meet up because the traffic between Ibadan and Lagos is quite terrible, so when we start, people can live in Ibadan and Lagos, vice versa because we are going to start with between 16 and 18 trips per day.
Kaduna-Abuja route has increased from eight to 14 trips daily and by the time we start; we are going to experience an overwhelming boom.
Can we know the rationale behind maintaining the narrow gauge alongside the standard gauge?
As I tell people, my father had a house, I won’t say because I want to build a new or modern one, I have to remove my father’s house when I have not built. So, you have to build your own first then, if you want to replace your father’s house, they will have a place to stay.

The same thing, if we have stopped operating what we have now, even Nigerians would have forgotten that we have something called railway transport and the need and the pressure to modernise it will not be there any longer.
With the novel Coronavirus gradually easing down, what is your next line of action?
By the time the Ibadan-Lagos opened for operation, if not for Covid-19, we would have started gone far with its operations, and I know this rout will be very busy both in Lagos and in Ibadan because it is faster and cheaper to go by rail than the road.
Even the ones we are running now is also faster for goods and Containers to get to Kano than by road, and it avails the opportunity of moving goods in bulk. So when you move between 20 to 25 wagons at a time, you are talking of removing about 35 trailers from our high ways, but that does not deprive them from operating within the feeder routes, because we don’t go from door to door, so we still require the trailers and lorries to take it from the rail stations to various ware houses, and to the customers factories. So, this will help vehicles last longer, and will also help in reducing road accident to the barest minimum.
Again, it will make our roads last longer because the more you carry heavy loads on the roads, there is no way the roads will not collapse, and there is no way accident will not happen on our roads when we allow these heavy duty vehicles to continue to move heavy loads on the roads, vehicles would also last longer. But the rail is meant for long distance and for heavy loads.
So, we are saying that we can work together by doing a modern transport system, to make the rail moves long distance and the roads takes it from the various rail heads to the industries, warehouses and to the final destinations of the goods.
A lot has gone into revitalising the Nigerian railway cooperation, which I’m aware you are part of. Can we know the state which it is now?

We and grateful to the present government, for not only having the spirit but also having the drive to put railway in the rightful position and we can rightly say that, the way they are going, if they can continues for the next 10 years, the rail industry will have gotten to its rightful position in the Nigerian economy, and the economy of the nation will not be the same again.
Again, by the we came in, we had about 3,505 kilometers track and covers from Lagos to Kano, from Kano to Nguru, and we have a branch line from Zaria to Kaura Namuda, and we have also a track from Ifo junction to Ijoko which has not been put to use for a longtime now.
We also have a branch line from Minna to Taru, then from the Eastern axis, we have track from Port Harcourt to Maiduguri with a branch line from Kaduna to Kafanchan, so those were the narrow gage the colonial masters built apart from the Bauchi to Maiduguri that was built during the First Republic.
So, with the present government, taking up the modernisation of the rail industry, they took over Abuja-Kaduna and completed it and by 2016, we put service on that track.
We started with five coaches, and later increase it to two ways seven coaches each, making it 14, and the pressure   on patronage became so much on the rail service from Kaduna to Abuja that as we speak, we have made arrangement to introduce additional 10 coaches plus another set of diesel multiple unit made up of eight coaches, and the 8 coaches has three different types of sitting arrangements.
We have the VIP coach, which will only take 24 people with enough leg room and the seat is collapsible, another kind of executive coach, one with bar where you can have your snacks, that’s 56 coaches, then the other one without the bar, which is 58 seater, and the others ones are 88 seats, with four standard coaches.
As we are completed the Abuja-Kaduna, the commencement of Lagos-Ibadan was started, and as we speak today, from Ebute-meta junction to a place called Muniyia in Ibadan track lane has been completed, and there are two double lines.
The train stations are in advance stage, they are in various levels. We have three types of stations, the mega station, the standard station and the smaller station. The stations are located from Apapa, Ebute-meta junction (Alagomeji), Agege, Agbado, Kajola/Ijoko, Kajola, Papalanto, Abeokuta, Olodo, Omi Adio, and the Ibadan station located at Omiya.
Then, the track is to link the port, that’s the stage where we are before Covid-19 and we are still working round the protocol to see how the contractors, supervisors can come back to site and make sure that people that are working are not infected by the virus, that’s the meeting we are holding presently.

We have also received coaches to commence operations on the Lagos-Ibadan. We have one set of VME coaches as earlier inaugurated and we have another 24 coaches for the Lagos-Ibadan.
We also have, apart from the VME, we have 4 locomotives for the Lagos-Ibadan, while the Itakpe -Warri that is almost 24 years old, was taken up and it’s now completed, and by last year, we’ve started what we call the ‘trial run’ and hopefully, we also got additional 10 coaches that will be moved from Agbor being the headquarters of Itakpe-Warri.
So, arrangements is in place, maybe in the next weeks, those coaches will arrive, and with two locomotives so that we can start operation on that axis too.
Nigeria’s should know that, the Lagos-Kano was awarded in 2007, before the end of the administration of President Olusegun Obasanjo and nothing meaningful happened, and the Yar’Adua/Goodluck administration commenced the construction of Abuja-Kaduna which was later completed by the present administration, and hopefully, to take you from Ibadan to Kano, has been finalised, and if not for Covid-19, Ibadan to Ilorin segment would have been started and at the same time. Kano-Kaduna would have also been but started, but they are still working on finding a way how we can work under this Covid-19 because we don’t know when either the cure or the preventive measures will be finalised for Covid-19 and we cannot fold our hands, we have to find the best way to go about it maybe the speed will not be as much as expected.
While we are doing that, we have our PPP arrangements to link Itakpe to the port in Warri, and also to link some department to Abuja, linking up the Kaduna-Abuja track. So, with that in place, the people can join the train from Port Harcourt all the way to Kaduna.
The government also talks about, Calabar-Lagos, Port Harcourt-Maiduguri which depends largely on the financial module to meet up with the construction of these needed and necessary infrastructure for our economy.
That’s where we are. But since the fund is not forthcoming, we are looking for a way on how to make the Eastern narrow gage more reasonable and customer friendly, by so doing, we are talking about how to increase the carriage of the rail and to reduce cost and reduce stress. So, that it will be faster and quicker to deliver goods and to increase patronage.
Also e-ticketing system has been approved and we are now in the process of doing the financial programing with our partner, the approval of was on a PPP basis, public, private partnership and it will last till the next 10 years.
Our partner will provide the infrastructure, the solution to it, and will recover his money within the space of 10
So, hopefully, we will get the financial closure within the next three months, and that is for the Lagos, and for Abuja-Kaduna, while we are trying to put in place, necessary procedures for Lagos-Ibadan. 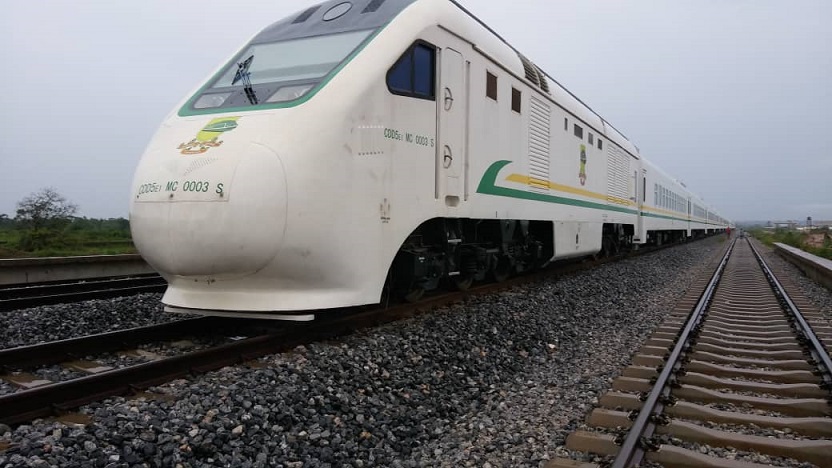 Does the PPP arrangement cover locally or international and on what areas and capacity?
The rail industry is trying to open up to the public by giving them the necessary enabling environment. We want to provide locomotive and we’ve started discussions, we discussed with Nigerians, we discussed with both Europeans, Asian countries, most times they come with Nigerian investors guiding them.
We are at various stages of discuss but none have come out to be very strong, because when they drop their proposal, we will look at it, and we get back to them. Sometimes we wait for them to get back, in most cases, that’s where we are with them, and once we have an understanding, we enter into an MOU.

Private sector can come in with infrastructure, and it is possible to charge for the services and we are hoping that we can program well and monitor well, so that it doesn’t necessarily mean Nigerian railway will be operating all the services, but they can operate and we provide the signaling because we need to have one signaling.

So if we have a willing investor who will want to provide that want to provide wagons and locomotive with a good understanding, that is if he is going to pay something for sharply, we will negotiate and come up with a sort of win-win solution. The government will benefit, the Nigerian people will benefit and the investor also will benefit.
A private company from China is the one showing interest in linking up our Warri terminal to the sea port and linking it to Abuja-Kaduna and that went through due-process, and eventually, it was approved, so it is possible for private people to come in.
We are now waiting for them to deploy to site and commence construction and implementation of the agreement. We are open for private people, and we are sure that we can provide the enabling environment, and I think we should be in the position to provide the right of way while they construct the track.
The only thing I will I add is that, most time, when they come, we spend time meeting with them and at the end we discover that they are looking for a way, a contract instead of the investment idea they came with.

Ecommerce as a Youth Empowerment Tool