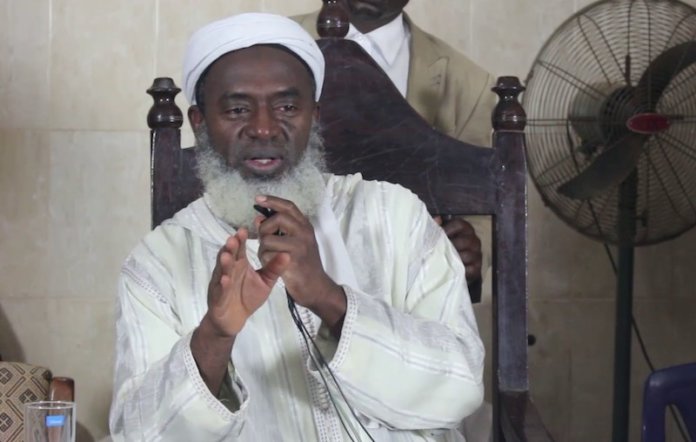 An Islamic cleric, Sheikh Ahmad Gumi, yesterday analysed the rising spate of kidnappings in the North-west and concluded that what is widely regarded as banditry is actually a tribal war between the Fulani herdsmen and the affected communities.

Fielding questions on The Morning Show, the flagship breakfast programme on ARISE NEWS CHANNEL, the broadcast arm of THISDAY Newspapers, Gumi warned that the federal government’s preference for the military option to subdue the outlaws will not solve the problem, contending that the way forward is a dialogue with the bandits.

Accusing some elements in the Nigerian military of colluding with the marauding bandits, who have been responsible for crimes, including murder, rape and the kidnapping of schoolchildren, the cleric argued that unless the federal government properly locates the crisis as a tribal war and play the role of an arbiter rather than take sides, the war would not end.

He said that the Fulani herdsmen that have taken to banditry and kidnapping are on revenge and survival mission, explaining that they are reacting to decades of injustice done to them by vigilantes and neglect by the government.

The cleric insisted that the federal government should grant them amnesty and hold a conversation with them on how they would be reintegrated into society.

Gumi said the government should build hospitals and schools for them, adding that a way to turn them away from criminality is to provide them jobs, including forests and schools guard.

According to him, the engagement will compel the bandits to drop their arms and embrace peace.

He urged the government to remain neutral in matters affecting Fulani herdsmen and warned against what he described as the extrajudicial killing of Fulani herdsmen by the military and vigilante groups.

He warned that such extrajudicial killings would further harden the bandits to continue with their criminality.

He said: “If the federal government gives me a free hand to handle the bandits, I will succeed in making them drop their firearms and I will be able to reintegrate them back into society. The majority of them want to leave the forests and return to the society, but they want the federal government to engage with them, release every bandit in government’s custody, to enable them to also release all their captives in different forests.

“The truth is that the bandits are not killing their captives. They only abduct them for the business of making money, the more reason why the military should stop killing the bandits, but rather engage them in a peaceful conversation.”

Gumi condemned the plans by the government to deal with the bandits, saying the government is only fighting a tribal war when it is supposed to mediate and be neutral without taking sides in the matter.

He said the only solution was for the government to listen to the agitations of the bandits and address the issues once and for all.

He said although the bandits were committing crimes by kidnapping and killing innocent people, the killing of herdsmen and their cattle by vigilante and the killing of bandits by the military were all injustice meted on the bandits, which he said must stop to enable peace to reign in the country.

He said: “We need a nation of transparency and peace and I condemn in totality the killing of Nigerians by bandits, and I strongly condemn the abduction of students, but the truth is that those who kidnap and abduct students are also, youths who decided to take up firearms because the government neglected them and refused to listen to them.”

When reminded that the Katsina State Governor, Hon. Aminu Masari, had earlier granted amnesty to some bandits in the state who later returned to banditry, Gumi said that would always be the case when politicians granted political amnesty.

He said a true and sincere amnesty should come with a holistic package that would cater for the needs of the bandits.

He listed the package to include the building of schools, hospitals and employment, adding that anything short of these would not be amnesty.

Gumi said if amnesty was given to Niger Delta militants during the administration of former President Goodluck Jonathan and some of the boys were given oil pipelines to guard, the Buhari administration should provide amnesty for bandits in the North and employ them to guard schools and forest reserves.
Gumi cited the case of Zamfara State where there is relative peace because the state is meaningfully engaging the bandits.

He said the Zamfara State government was, however, overburdened in its attempt to maintain peace and security in the state.

He called on the federal government to support the state to ensure that high level of security is maintained.

According to him, some Fulani organisations came to him and told him they were ready to work with the military to end banditry.

He said the group had about 300 members with over seven commanders and they were ready to engage the government and work with the military to protect their communities.

“They are Fulani and they are herdsmen who are ready to lay down arms and embrace peace. This is the kind of bandits that government should engage with,” Gumi said.

Gumi, who was once a captain in the Nigerian Army, said his allegiance still remained with the federal government but insisted he would not accept criminality or take sides with criminals bent on destroying the unity of Nigeria.

“Inasmuch as my allegiance is with the federal government, I also totally condemn the act of government to have neglected the bandits, left them uneducated and allow them to fend for themselves to buy weapons of destruction in order to defend themselves and engage in the business of kidnapping in order to make money to survive,” Gumi said.

He called on the federal government to overhaul the country’s security system and block all loopholes through which firearms find their ways into Nigeria.

He also faulted the Nigerian security architecture and accused security agents of conniving with bandits to import weapons into Nigeria.

Meanwhile, the Nigerian Army Headquarters has described Gumi’s allegation that some elements in the military were colluding with bandits, as an attempt to denigrate the military.

A statement yesterday by the Director, Army Public Relations, Brig. Gen. Onyema Nwachukwu, said the army remained a symbol of national unity that conducted its constitutional responsibility in accordance with global best practices.

It said while the military remained receptive to constructive criticism, it should not be perceived as an avenue for derogatory remarks designed to embolden criminals.

The army urged opinion leaders to demonstrate patriotism in building the peace, rather than being agents of destabilisation, thereby aggravating the current security challenges facing the nation.

“The Nigerian Army has just been alerted to a submission by Sheikh Ahmad Abubakar Gumi when he featured on ARISE TV Morning Show on Wednesday, June 23, 2021 alleging that the Nigerian military is colluding with marauding bandits who have been responsible for various crimes and atrocities against Nigerians and the Nigerian state.

“The Nigerian Army wishes to state that contrary to Sheik Gumi’s claims, it remains a bonafide symbol of national unity that has conducted its constitutional responsibilities in the most professional manner in line with global best practices of adherence to the rules of engagement and protection of the fundamental human rights of the citizenry,” it added.