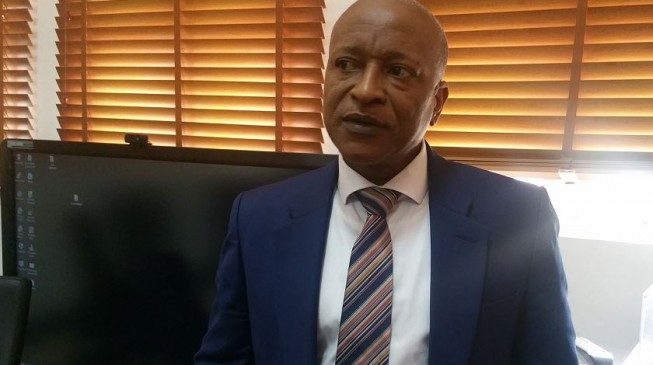 Roy Ilegbodu, the managing director of Arik Air, says the operations of the airline had been stabilised following the intervention of the Asset Management Company of Nigeria (AMCON).

Speaking with journalists in Lagos, Ilegbodu commended the measures put in place by AMCON to revive the airline within the last few months, adding that the airline is now back to 4,000 passengers per day.

“The airline business is complex and that complexity means that a lot of attention is needed to keep it efficient and safe,” Ilegbodu said.

“In the past few months since we assumed office, the new management has been able to enhance the value of the airline, improve customer experience, and sustained its safety procedures.”

“We have improved in our on-time performance which I think is a great feat to the airline. We have resumed flight operations in some West Africa countries and we have worked very hard to regain customer confidence which had been battered before we resumed,’’ Ilegbodu added.

“We can’t use our workers for 30 days and not pay them; as you all know, this is a safety industry. For instance, how do you want a pilot to feel if he is not paid his salary for two months?

“All he will be thinking of is how he will be able to survive without pay; thereby keeping the lives of the passengers and crew in danger”.

Ilegbodu said that at the moment, the airline had resumed its flight operations to Senegal, Accra and Togo.

“We will eventually expand on our operations as time goes on. What we did when we came in was to shrink the operations to a manageable size and we are now expanding on our routes.

“Since Nigeria is a bigger market in the aviation industry business, we presently have 14 aircraft in our fleet; three have gone for C- Checks, while 11 aircraft are in operation.

“We can now boast of approximately 4,000 passengers daily in our various flight operations’’.

The managing director said most of the challenges it was facing at the moment were what other airlines were also experiencing.

“Apart from our workers that are paid in naira, most of our operational costs are paid in dollars, which is affecting the profit the airline is generating,’’ he said.

Ilegbodu also assured the flying public that the airline had put some measures in place to improve on safety operations across its routes.

He said the measures would ensure uninterrupted safety operations which Arik Air was known for since it began operations.

AMCON had on February 9 taken over Arik Air as a result of its huge debt profile and thereafter appointed Roy Ilegbodu to manage the airline, under the receivership of Oluseye Opasanya (SAN).

Kindly Share This Story: There is a noticeable decline in the spread of Coronavirus infections,…

Savings bonds: Nigerian government gets about 7,000 investors in five months