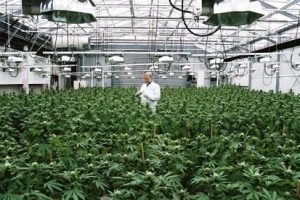 The report explains that new market data, plus operational challenges in nascent markets, are responsible for the dip use and cultivate marijuana.

According to the data excerpts from Michael Robinson, Founder, Nova-X Report, a well known and respect author of many books  in United States of America about Nov. 8 vote which over millions of Americans across the nation ALL voted “YES” to marijuana… therefore, in the coming months a lot of Americans could easily become millionaires from the booming $14 billion marijuana industry.

“The cannabis industry is one of the fasting growing sectors in the economy and continues to astonish those in and out of the space,” Giadha DeCarcer, founder and CEO of New Frontier, tells Arcview. 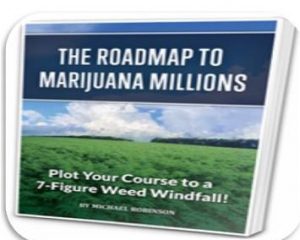 Thus the Nov.8 vote has Unlocking EIGHT MASSIVE brand-new markets for the weed industry going forward the country and beyond the America.

For instance, Massachusetts could soon become a $1.1 billion a year, Maine could bring in $107 million, Nevada has lined up a potential $1.1 billion boom, Arkansas, North Dakota, Montana, and Florida have jumped on the potential billion-dollar bandwagon, too. And Florida alone could soon be worth as much as $5.6 billion…

Also the sixth largest economy in the world California is expected to grow to a whopping$6.46 billion by 2020.

And before long, there won’t be a single city or town in America that doesn’t have a marijuana industry.

Whether you are for or against the legalization of marijuana, this brand-new industry is already making a huge economic impact.

In Colorado alone weed has already created 18,000 jobs and $1 billion in revenue.

The record cited as one of the reason why the companies in this rapidly growing weed industry have delivered the biggest gains on the market.

These are exceptional gains, but imagine how life-changing just a fraction of these types of wins could be for you.

will this new development in America have any impact on Nigerians as persons and country as whole, now or future?

Kindly Share This Story: 5G when fully deployed will provide increased speed and bandwidth as…