“Once the building is insured, the insurance company takes responsibility for everything; that is the truth,” 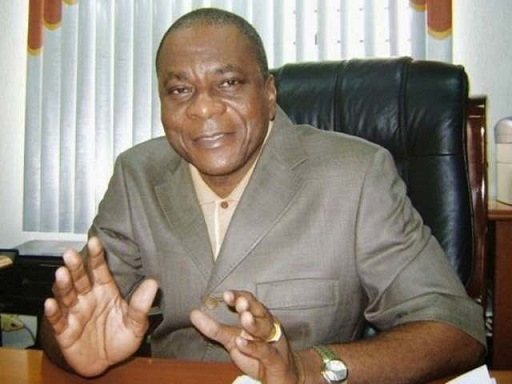 As stakeholders remain expectant on early commencement of rehabilitation of the burnt Nigerian Ports Authority (NPA) headquarters, there were indications at the weekend that the facility which has a valid insurance cover for fire and theft may likely get double funding for the rehabilitation if care is not be taking.

This is coming as the foremost maritime expert and President of National Council of Managing Directors of Licensed Customs Agents (NCMDLCA), Mr. Lucky Amiwero has pointed out that since the said building is on insured for fire and theft and that the management did not default in its premium payments, it is the responsibility of the insurance company to rehabilitate the building and replace stolen items.

Amiwero who went further to said though there are classes of insurance. If the losses suffered by the NPA in the incident were covered is less than insured cover, then the insurer takes full responsibility for indeminifying the insured of the losses suffered. That is the essence of insurance. He, then query that if the same management of the NPA again to take money from government is double funding or charge. I don’t want to call it fraud, he noted.

It will be ‘double charge’ for NPA to get money from government and insurers for reconstruction burnt building, Amiwero stressed.

The Amehnews recall that the lawmakers from the National Assembly visited the burnt NPA headquarters recently to assess the level of damage and loss with the view to support the Management of NPA to jack up its 2021 budget to cover for the rehabilitation and replacement of stole equipments.

Cited the from the Chairman, House of Representatives’ Committee on Ports and Harbour, Garba Datti Muhammad’ statement saying members both of the chambers of the National Assembly were in Lagos to assess the level  damage done to the NPA building.

“We have gone round and seen the extent of the damage to the building and vehicles that were burnt in the fire incident. This will help the National Assembly to assist NPA in rebuilding the damage on the torched building. However, part of our discussion with them was for the NPA to bring its budget to the National Assembly because we advised them to adjust the budget to accommodate the rebuilding of the damages,” muhammad explained.

Meanwhile, the General Manager Corporate and Strategic Communication of NPA, Engr. Adam Jato has been quoted in his response to questions sent to him via online by Sunday Telegraph that the NPA Corporate Building on Marina in Lagos Island is fully insured by a consortium of insurers.

Though he did not revealed both the names of the insurance companies and amount involved, but he do stated that the lead insurance underwriter has appointed as a Loss Adjuster to assess the value of damage and loss suffered as a result of the incident.

Mr. Jato who did not refute of NPA’s plan to jack up its budget in 2021 national budget proposing to accommodate the cost of reconstruction of the building and replacement of looted equipments as advised by the lawmakers, said that as NPA’s 2021 budget is yet to be approved, the figure the Ports Authority will be getting will be in the public domain when it is finally approved by the National Assembly.

Nevertheless, no disclosure from the management the intending amount in figures to be jackup in the ongoing national budget 2021 proposal. Also you recalled the words from the authority spoke man above that ‘the lead insurance underwriter has appointed as a Loss Adjuster to assess the value of damage and loss suffered as a result of the incident’. So far, the general public is in a waiting game or watching from afar how their money may likely be parted away in the plans to rehabilitates or rebuilds NPA Corporate Office.

Kindly Share This Story:In its strong effort to bridge the talents lacuna in the tech…