Sokoto Cement is one of the diversified businesses also known as Cement Company of Northern Nigeria –CCNN located on 10 Kalambaina Road in Sokoto, is the subsidiary of BUA Group which scheduled to be completed in the third quarter of 2017, according to the statement posted on the company’ site. 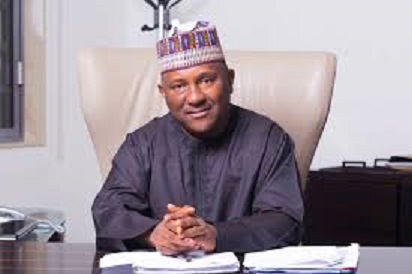 The company which is expected to be completed in the third quarter was reliably informed yesterday through telephone that it has just reached 70percent stage. The source further disclosed that items of work have been reaching the construction site on daily basis, but refused to guarantee the completion by third quarter.

The report cited an item imported from Germany that was accompanied by the company representative who just arrived in Sokoto.

When Germany man was asked about the time line, he said Germany believe in quality work not time line though we follow the schedule as per stated, we don’t hurry work, he added.

The Founder and Executive Chairman of BUA and also Chairman of CCNN, Abdulsamad Rabiu, disclosed that he has invested US$300million in the new 1.5 million metric tonnes per annum cement expected.

Rabiu, the Chairman further revealed that this 300million dollars project which began in few years ago is the first expansion of the plant since 1986. BUA Group took over majority of shareholding in 2010, he added.

Amehnews recalls that the Chairman of the Group sometimes ago stated that coal was discovered in commercial quantities by the company which company intends to use as fuel for a 40MW captive power plant being constructed as part of the project. The new cement factory can use both Coal and Low Pour Fuel Oil (LPFO), it was stated.

According to Rabiu, BUA’s US$300million investment in the new plant is the single largest private sector led investment in the entire North West Nigeria. He also highlighted the plant’s export potential with it being 100kilometres to the border with Niger Republic and 200kilometres to the Benin Republic’s border too. This, the BUA Chairman, said, will help the country earn much needed foreign exchange and diversify the economy further.

BUA Group started business in 1988 as a Private Limited Liability Company specializing in the importation and marketing of iron & steel, agricultural and industrial chemicals. Since then it has rapidly developed into a fully-fledged, diversified business with a stake in a wide range of business sectors.

Sharapova blames ITF for failing to warn her on banned substance