Wrestling fans will have the opportunity to watch blockbuster action from the 36th edition of WWE WrestleMania live on DStv and GOtv. 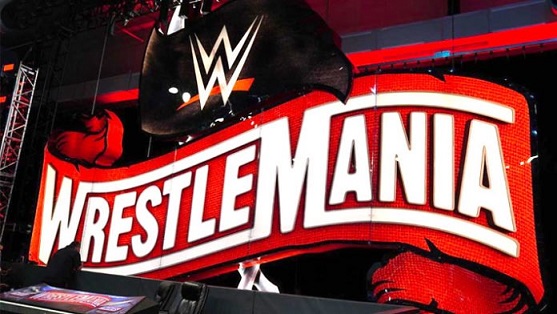 The adrenaline pumping event, which will be held for the first time ever over two days, will be broadcast live on Sunday, 5th and Monday, 6th April at 12am each day on WWE Channel 128 and SuperSport 4 and 9 to DStv subscribers. It will also be shown live on SuperSport Select 5 to GOtv subscribers. The kick-off show will begin one hour earlier.

A total of 12 fights are scheduled for WrestleMania 36, which takes place at WWE Performance Centre in Florida with three-time Super Bowl champion, Rob Gronkowski, as the event’s host.

The headline fight of the night is the WWE Championship title bout which features the long-awaited meeting of the titleholder, Brock Lesnar, and Royal Rumble winner, Drew McIntyre. McIntyre, popularly known as ‘The Chosen One’, has been building momentum in recent months and will back himself to overcome Lesnar and claim one of the elite wrestling championships for the first time in his career.

Another big fight on the cards is the WWE Universal Championship title bout between the legendary Goldberg comes up against ‘The Big Dog’ Roman Reigns. The contest promises to be interesting and keenly contested as both wrestlers will be looking to use a ‘spear’ as a key weapon in their arsenal.

A fascinating contest lies in prospect when WWE legend, The Undertaker, takes on AJ Styles in a singles’ match. Undertaker has a record of 24-2 at matches in WrestleMania and will be eager for a 25th win after Styles labelled him an old man and said he plans to end the Phenom’s career.

John Cena, another widely respected superstar, faces a unique challenge in his career when he comes up against the twisted mind of ‘The Fiend’ Bray Wyatt in another singles’ match.

Also, two legends, Edge and Rand Orton, will get to finally settle their rivalry in a Last Man Standing match – a hardcore bout where a competitor will lose if they are unable to answer a ten-count after being knocked down on the canvass.

In the women’s division, Rhea Ripley will battle Charlotte Flair for the NXT Women’s Championship, while the SmackDown Women’s Championship will be decided by a “Fatal Five Way Elimination Match” featuring Bayley versus Lacey and Evans vs Naomiversus Sasha Banks versus Tamina.

Becky ‘The Man’ Lynch will defend the Raw Women’s Championship as she comes up against the intimidating former MMA fighter, Shayna Baszler.

For more information on this event and many more sporting moments during this period, visit www.dstv.com and www.gotvafrica.com. Also, download the MyDStv app or MyGOtv app from the iOS and Android store for self-service options.