The Stakeholder of yam export from the country says the Export Prohibition Act of 1989 is currently hampering aggressive drive of yam export to the United Kingdom and U.S. 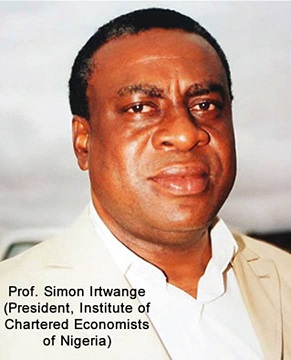 Prof. Simon Irtwange, the Chairman of the committee said in an interview with newsmen in Abuja on Tuesday, that the Act also prohibited the export of yam derivatives out of the country.

Irtwange, also the President, National Association of Yam Farmers, Processors and Marketers, said the committee in partnership with other yam stakeholders had met with relevant stakeholders to ensure that the Act was repealed.

“Yam export is still on-going under the government policy on the diversification of the economy but in the regulatory framework, we are having issues.

“The Export Prohibition Act of 1989 is the issue but we have made a lot of efforts trying to advocate to relevant government agencies, ministries and the National Assembly that if we really want to diversify this economy, that law has to go

“As long as that law is there, there are many people who want to come into the business who are scared.

“Export of yams have not been suspended because people still carry food products to America hiding under the guise of taking food items to their relatives there but we are not as aggressive as we wanted to be.

“The earlier we put the Act out of the way, the better for us,’’ he said.

The president said that the National Agricultural Seeds Council (NASC) bill would address issues of regulatory and legal framework for the operations of seed companies, adding that yam farmers have had issues of the propagation of the produce.

The Act which took effect from Feb. 1989, stipulates that any person, who takes, causes to be taken, induces any other person to take, or attempts to take out of Nigeria any of the goods specified, shall be guilty of an offence and liable on conviction to imprisonment for life.

The produce which is absolutely prohibited by the Act include beans, cassava tuber, maize, rice, yam tuber, all products or derivatives of items from number one to five, all imported food items.