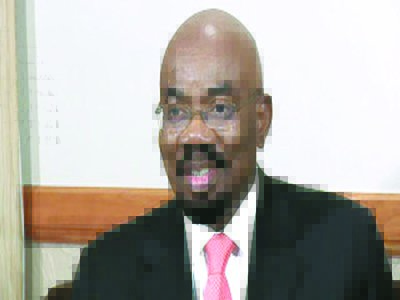 Zenith Bank’s financial result for the year ended December 31, 2018 has reaffirmed its market leadership as Nigeria’s most profitable financial institution.

Shareholders during the Annual General Meeting approved dividend pay-out of N2.50 kobo per share, bringing the total dividend to N2.80 kobo per share, representing a yield of 11.2 per cent for the financial year 2018.

Zenith Bank’s profit before tax was achieved through the Group’s optimisation of cost of funds, cost-to-income ratio and cost of risk, ensuring that earnings per share strengthened by 11 per cent to N6.15 in 2018 from N5.66 kobo in 2017. Notwithstanding the challenging operating macroeconomic environment, the bank mitigated the knock-on effects through the growth of its net interest income and operating income by 15 per cent and 8 per cent respectively as it was able to ensure improved cost efficiency across its business.

Interest expenses reduced by 33.3 per cent, as the bank’s stock of low-cost deposits increased, with interest paid on time deposits declining the most by 61.1 per cent. Also, the cost of risk dropped to 0.9 per cent as against 4.3 per cent in 2017 while loan loss expenses moderated by 81.3 per cent. In the same vein operating expenses (OPEX), declined by 1.0 per cent although Asset Management Corporation of Nigeria (AMCON) cost increased due to the new directive to include off-balance sheet exposures in levy calculation.

The bank’s balance sheet remains robust as the loan to deposit ratio, liquidity ratio and capital adequacy ratios were 44.2 per cent, 72.0 per cent and 25 per cent respectively, all well above the regulatory threshold. However, there was a moderation in the bank’s capital adequacy ratio (CAR), from 27.0 per cent in 2017 as a result of the initial IFRS9 adjustment for the new expected credit loss (ECL) model for impairment recognition. The bank’s non-performing loans ratio, however, increased marginally to 4.9 per cent in 2018 from 4.7 per cent in 2017. However, this is still within the regulatory threshold and far below industry peers.

Also, the bank’s robust risk management framework ensured that the cost of risk reduced significantly from 4.3 per cent in the prior year to 0.9 per cent in 2018. This was achieved through the reduction in impairment charges by 81 per cent, N80 billion, compared to 2017, re-affirming the bank’s enhanced asset quality. In the same breadth, coverage ratio increased by 34.2 per cent from 143.4 per cent to 192.4 per cent over the same period, an indication of prudent disposition consistent with the bank’s known record of excellent credit risk management. As a result of the significant improvement in efficiency, the bank’s cost-to-income ratio settled at 49.3 per cent from 52.8 per cent in 2017.

The bank’s customer deposits grew by seven per cent led by an increase of N109 billion in savings and an increase of N122 billion in current accounts, providing it with a platform to rebalance its deposits mix. In 2018, costly deposits were foregone in favour of cheaper and more stable deposits resulting in a reduction of expensive and shorter dated deposits by N110 billion. This culminated in the reduction of cost of funds which declined by 40 per cent from 5.2 per cent in 2017 to 3.1 per cent for the year.

The Chairman of the bank, Jim Ovia, assured shareholders of the bank’s commitment of continuing to deliver superior returns in the years ahead during the financial institution’s 28th Annual General Meeting held in Lagos on March 18, 2019, at Civic Centre Lagos. Commenting on the bank’s performance in 2018, Ovia said Zenith Bank remains a clear leader in the digital space, with several firsts in the deployment of innovative products, solutions and an assortment of alternative channels that ensure convenience, speed and safety of transactions. “To continue to cater to the varied appetites of our customers in a constantly changing world and stay ahead of the competition, therefore, we have invested massively in new technologies and innovative solutions in the last financial year. This is geared towards ensuring that we continue to provide best in class quality services that create value for all our stakeholders,” he said, noting that Zenith Bank made significant progress in the adoption and integration of sustainable banking principles into its business, especially in its credit administration process.

Also, the bank’s efforts to deepen its roots in the retail segment have started yielding results.  This has led, in the main, to a remarkable increase in the volume of transactions across various electronic platforms as well as significant customer acquisitions. This growth in transactions on the bank’s digital channels continues to support the bank’s retail push as fees from e-products increased by 44 per cent over 2017 with retail deposit balances also growing by 25 per cent. The bank also stated that it would continue its investment in the retail end of the market to consolidate its leadership in both the corporate and retail segments.

Consistent with this excellent performance and in recognition of its track record of stellar performance, the bank was recently ranked as the Most Valuable Banking Brand in Nigeria in 2018 by The Banker Magazine. Similarly, Zenith Bank was recognised as the Best Corporate Governance Bank in Nigeria by The World Finance for the sixth time just as Ethical Boardroom, a Europe based Boardroom watchdog reaffirmed this recognition by naming Zenith Bank as the Best Bank in Corporate Governance in 2018. Recognition has also come the way of the bank as it was recently named the Best Institution in Sustainability Reporting in Africa 2018 (SERAS Awards) and the Bank of the Year 2018 (BusinessDay).

According to the bank, its outlook for 2019 is positive, supported by improving macroeconomic conditions, relative exchange rate stability, and expected stability in the oil market.

Kindly Share This Story: FirstBank is supporting about 1.5 billion children across the globe who…

Ecobank to focus on women entrepreneurs