A Federal High Court, Lagos on Tuesday ordered the remand of Zenith Bank manager, (name withheld), in the custody of Force Criminal Investigation Department (FCID) Alagbon, Ikoyi, till Tuesday, December 1, 2020, when his bail application will be heard and determined. 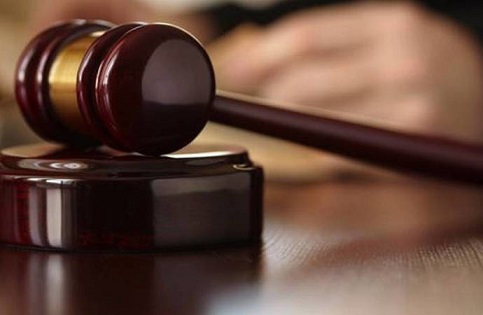 The court presided over by Justice Austine Chuka Obiozor, made the remand order against the Zenith Bank manager, after he pleaded not guilty to the three counts of conspiracy and fraud of N179, 498 million, made against him by the men of ForceCID, Alagbon, Ikoyi, Lagos.

Arraigning the defendant on Tuesday, the prosecutor, Morufu A. Animashaun, told the court that the defendant and others now at large, between May 14, 2010 and December 31, 2019, at No. 2 Balogun Close, Ikoyi, Lagos, conspired among themselves to obtain the said sum from Dr. Jude Eugene, Managing Director of Global Select Investment Services Limited, by false pretence that he will help him sell some goods and remit money to his bank.

The prosecutor, Barrister Animashaun, told the court that the defendant, upon selling the goods, diverted the proceeds to his account Zenith Bank Account Number 1020019782, while he informed the fraud victim, Dr. Jude, that most of the goods he imported from USA were inferior and un-demanded for.

The prosecutor told the court that the offences committed by the defendant, are contrary to Section 8(a) and 1(1) of the Advance Fee Fraud and other Fraud Related Offences Act No. 14 of 2006 and punishable under section 1(3) of the same Act. And Section 390 (7) Criminal Code Act Laws of Federation 2004.

Since Zenith Bank manager pleaded not guilty to the allegations, the prosecutor therefore asked the court for another trial date, while also urging the court to remand him in custody of Nigerian Correctional Services (NCS) pending the determination of the charges against him.

But counsel to the defendant, Mr. Richard Ahaomarugho, while not opposing the trial date as requested by the prosecutor, however orally urged the court to grant bail to his client, the demand which was turned down by trial judge, on the ground that the court is a court of record.

Consequently, Justice Obiozor, while adjourned the matter till Tuesday, December 1, 2020, for further hearing of defendant’s bail application, also ordered that he be remanded in the custody of till the hearing and determination of the bail application day.