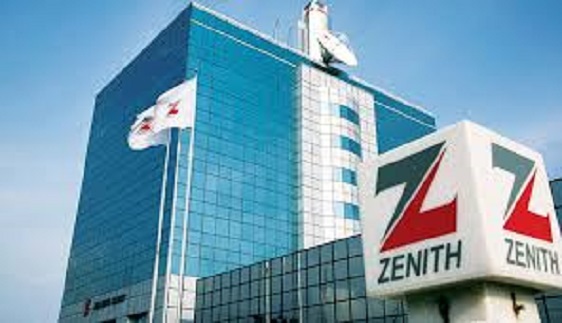 According to the report, the audit body revealed how Zenith Bank, was used to milk N111.5 billion through charges unknown to financial regulations, creamed off from the state.

Submitting their report to the state House of Assembly, seeking the Imo legislative body to intervene with a view not only to recover the humongous amount from the bank, the committee recommends the dismissal of the State Commissioner for Finance, Dr Doris Nkiruka Uzoka-Anite, a former senior staff of Zenith Bank.

The reports indicates that she is planted in government to continue superintending over the siphoning of government money into pockets of the governor, Sen Hope Uzodinma, and other vested interests.

According to the petition, the sleaze did not start from Uzodinma, the incumbent governor, but it started during the reign of former governor, Rochas Okorocha

While in office, Okorocha gave over 90 per cent control of Imo State banking transactions to Zenith bank while other banks struggled for the remaining 10 per cent.

Okorocha was alleged to have appointed a senior staff of Zenith bank, Chike Okafor to handle his government’s finance portfolio as Commissioner for Finance.

Things however got to the head when Emeka Ihedioha assumed office as governor on May 29, 2019.

It would seem that Ihedioha got wind of the unholy alliance between Okorocha and Zenith bank, and in less than a week in office.

Specifically on June 6, 2019, he constituted the Financial Advisory Committee comprising 10 forensic accountants, all indigenes of Imo to look into the books of the state government with all her bankers

The Committee was chaired by Dr. Abraham Nwankwo, foremost Economist, World Bank Consultant and former Director General of the Debt Management Office (DMO), and Nick Opara-Ndudu, a former Bank Deputy Managing Director who also served as a commissioner under the Okorocha administration as secretary.

After four months of work, the committee presented its report to Ihedioha on December 1, 2019, who directed the state Accountant General to start the process of recovery of the funds from Zenith Bank.

On December 3, 2019, the Accountant General issued a 30 day ultimatum to Zenith bank and other banks involved starting refunding the funds illegally taken from the purse of the state.

Unfortunately, the move had to be aborted as Ihedioha was removed as Governor via a Supreme Court judgment on January 14, 2020.