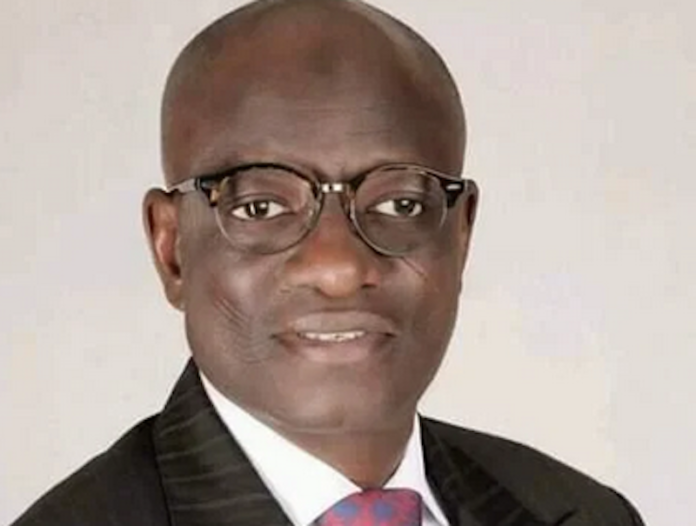 Hon. Ahmed Aliyu Wadada is the Chairman of Board of Directors of the Peugeot Automobile Nigeria (PAN), in this interview with Igbawase Ukumba, he speaks on the current agitation for a power shift of the presidency from the north to the southern part of Nigeria by 2023, among other sundry issues

Which part of Nigeria do you think the president of this country should come from in 2023?

The question of where I want the presidency of Nigeria to be from, you will find me very controversial then. You will find me coming from two different ends or angles. First and foremost, I am not an advocate of zoning in democratic journey or development. For me, if you talk about zoning you are confining or excluding a particular section of a people. And if you do that, you are not within the tenets of democracy.

Democracy is an open space. It is supposed to be ideally an open space for every dancer to go and show his dancing steps, and the one the people perceive and understand to be with the best steps takes the day. But alongside, my religion teaches me or enjoins me to keep to promises written or unwritten.

So, if the All Progressives Congress (APC) as a political party made a promise that come 2023, power will shift to the south or southern part of Nigeria, there should be no reason to renege because it is a promise. And promise like I said, written or not written should be adhered to. But if there was no promise, then it should be open to all.

My first strike to elective office was against zoning. I aspired to the House of Representatives in 2003 on the platform of the Peoples Democratic Party (PDP). Then, His Excellency Senator Abdullahi Adamu (Turakin Keffi) was the governor of Nasarawa State; and himself and I happen to be from the same electoral ward. And some people couldn’t really understand. Who is this? Where are you going?

I said I am on a journey and my vehicle is strong. It will deliver me to my destination. I said show me in the constitution of Nigeria the provision that stops me from doing that. Or the constitution of PDP as a political party. There was no provision anywhere. So I said if there is no provision, let me carry on with my journey. Whoever feels me should join my vehicle. If you don’t feel me, don’t join my vehicle. At the end of the day, the vehicle that God chooses will be the one that will be there. And that was how I got to the House of Representatives.

So zoning sometimes, with due respect, gives room for the emergence of medicres. Because if you zoned to this living room the particular post, and within the living room, the occupants of the living room are not lucky, none of them is blessed to have the needed and required capacity to deliver. At the end of the day, you give the right position to the wrong person. What is in the offing today in Nigeria, I think I am almost getting convinced that there was a promise. And if there was a promise, we should adhere to it. And adhering to it, means power should be shift to the south

By 2023, are you looking forward to putting yourself in another political race?

I have long declared my intention to run for the Nasarawa West Senatorial District election by the special grace of God come 2023.

Are you going to contest against Senator Abdullahi Adamu if he chooses to contest?

Why are you aspiring for the Nasarawa West Senatorial District’s seat?

I am a Nigerian. Two, I have the requisite experience to represent my people in the National Assembly, because I have been there for eight years and I made my mark not only within the federal constituency that I represented, in Nasarawa State, but Nigeria at large. I made my mark which is so highly appreciated by my people.

The calls on me to run for the Nasarawa West Senatorial District’s election is much more than the calls from me myself. And don’t forget my sojourn in the National Assembly, I represented my people effectively. As the pioneer chairman of the National Assembly capital market and institution, I went round the globe on a road show propagating the Nigeria capital market which got the recognition that it deserved.

Under my chairmanship of that committee, with collaborations and synergies with all relevant bodies, Nigeria stock market under the capital market was given the highest return on investment to investors. The last committee I chaired in the National Assembly was committee on information and national orientation. It was under my chairmanship that the Freedom of Information (FoI) Bill was passed into law.

So talking about dividends of democracy to the electorates, they are there, I don’t want to talk about it. Anyway, I deserve to run and I deserve to be given the mandate, and I shall have the mandate by the special grace of God with the support of all even those that we will be running together at the end of the day, I will still have there support.

Because I ran for the governorship of Nasarawa State in 2019 with His Excellency Engineer Abdullahi Alhaji Sule, but all of us ended up giving him our support. Because after he emerged, we discovered he was not the wrong person to emerge. So by the time I emerge, all those that we will be aspiring together will know that if it is the National Assembly, Wadada would not be the wrong person.

What changes have you made at the Peugeot Automobile Nigeria (PAN) since your assumption as Chairman of Board of Directors of the company?

PAN is the automobile plant in Nigeria. It was established in 1972. And my antecedent, with due humility, has clearly shown that I got the requisite capacity to turn around PAN as chairman of the board of PAN. And that we got into PAN after acquisition and handing over of the company to us, we got in with a fantastic business plan. But our business plan was negatively hit by the policy of the government. And what’s that policy?

The policy is that levy on imported vehicles was reduced by goverment from 35% to 5%. That is a blow to the local assembly plants to manufacturers. Because before that, the policy that was in place was that 40% duty and 30% levy, when you put the two together it gives you 70%, which is very high. The essence of making it that high is to discourage importation so as to encourage the local assembly plants to thrive.

But now reducing the levy from 35% to 5% is opening the corridors of importation. And so the local assembly plants are finding it difficult to compete, which is a major disincentive. And ironically, government is so desirous and committed providing employment to the citizens of this country. How do you provide employment by dwindling the fortunes of your real sector; that is manufacturing? Again, apart from employment creation, we all clearly see and feel the impact of exchange rate in Nigeria, part of what our exchange rate is it and our foreign reserve is continuously depleted is because we have continuously been an import dependent nation.

So for us to get there, we should encourage our manufacturing sector. Unless we export more than we import, we shall continue to suffer this. But you don’t go into any business for the luxury of it. The luxury and the challenges must be carried along. We are taking this as a challenge, we are pushing.

So what PAN is doing today is to a bit diversify. PAN has always been limited to Peugeot, but like I said earlier on, dynamism of life made it imperative for everything that exist in life to be dynamic. So PAN under us is being dynamic. Today, PAN is into Higer products. Our commercial buses and ambulances are all Higer of China; that is the buses that PAN is collaborating with Keystone Bank to provide Nasarawa State Transport Service with. Highest by the end of July, all things being equal, we shall be launching another brand called Cherry.

Why are we doing this? It is to make available vehicles to an average Nigeria employee of either public or public sector so that owning a car would not be a luxury but a necessity. With the prices of Peugeot, that cannot be achieved. We want to use PAN to introduce car loan scheme for civil servants in the northern states. And that can only be achieved with middle class priced vehicles.

If the All Progressives Congress (APC) as a political party made a promise that come 2023, power will shift to the south or southern part of Nigeria, there should be no reason to renege because it is a promise. And promise like I said, written or not written should be adhered to. But if there was no promise, then it should be open to all

We are interested in peace, unity, not Nigeria’s break-up – ACF